Everyone Who Has Gone Before Me: An Interview 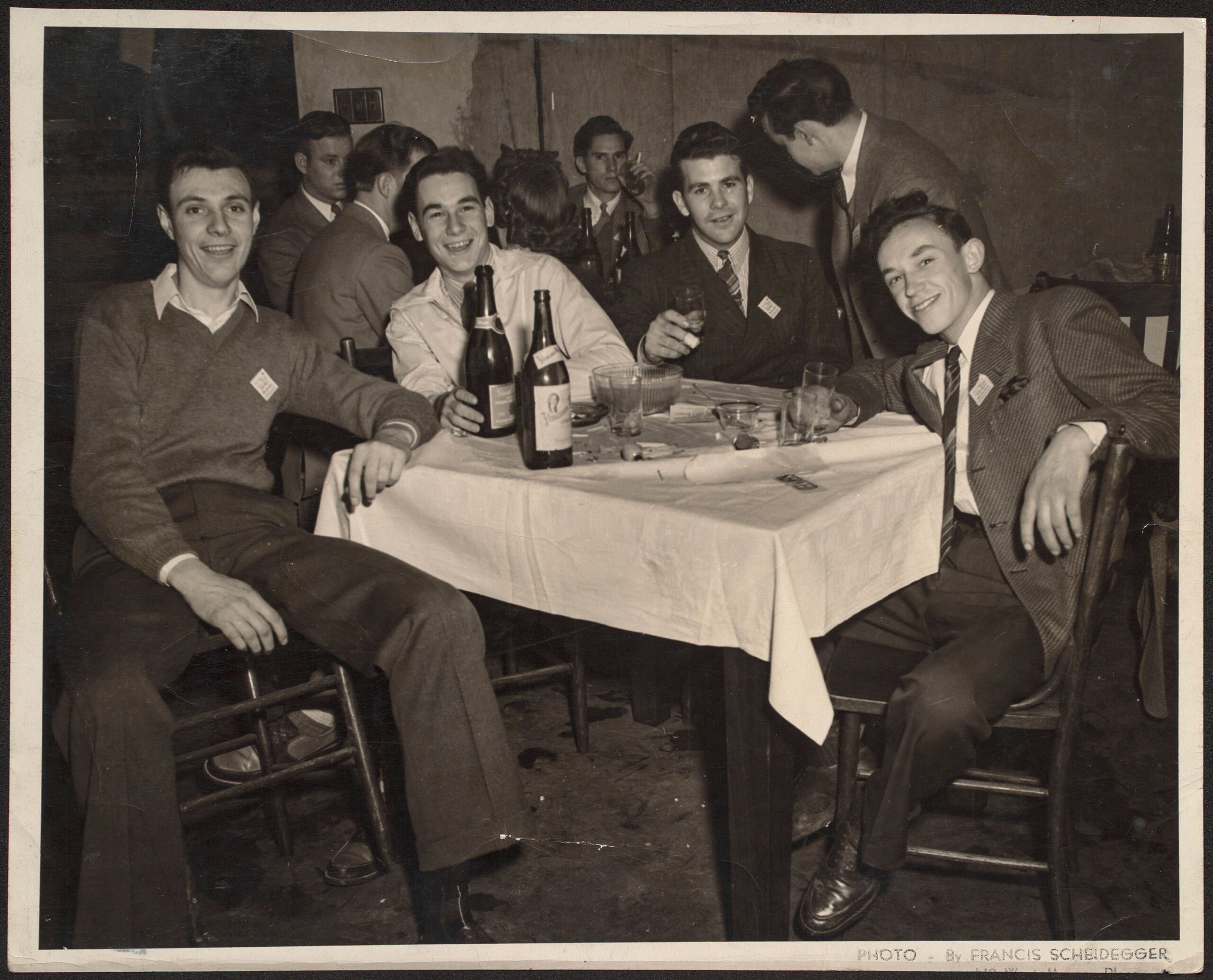 For those in my generation, much of our lives have been lived in a wholly digital world. Maybe that’s what makes the collections we work with so fascinating. Instead of being automatically dumped in digital buckets, every album, letter, and photo is curated to what’s most meaningful to the family it belongs to.

We recently enjoyed working on a small collection of photos for Pat B. and her family. The photos represented snapshots in her family history and needed some digital touch ups.

I’d love to hear from you about your family collection and what made you decide to get it digitized.

I’ve got two sisters and a brother. Last September, coming up on almost a year, we moved my mother from her home into assisted living. We needed to clear out her house. She had two bookcases full of photo albums and some scrapbook albums. She had many, many photos, and, of all the things in her house, they were the most daunting for us, because what she had preserved, we didn’t want to just toss.

When we got to all the photos and albums, I realized what a huge, huge job that would be to do something with them. There was no one who stepped up to say, ‘Oh, just let me take all those albums.’

We decided we needed to go through the albums and determine what we wanted to save, what was going to be meaningful to us or to anyone in future generations, and then basically toss the rest.

We knew some of [the photos] were in ill repair and [with] no negatives that we’d be able to find. Those were our challenges. We thought that having them digitized would be the best option for us.

My sister and a niece both already had scanners . . . [and] they volunteered to scan a lot of the photos. They don’t have the same equipment [as Anderson Archival], but the same idea, to preserve them in that way. [To help them] I started trying to find out who would do that sort of thing, [and] I found Anderson [Archival]. They were fairly local in the St. Louis area, so that was good for me.

My sister, who lives in town, and I chose the [photographs] that really needed preservation in a way that neither my [other] sister nor my niece could do. That’s how we decided on which ones I brought. I think I ended up with a dozen or more, like 14 or 15. They were different sizes and different conditions.

Some were faded. Some had discoloration on them—foxing, I think, is what they call it. There was an 8×10 black and white with my dad and three of his buddies from the army. There was a photo that my niece and I had found in my grandpa’s garage. We knew my mom’s father had taken those photos in the early 20th century. I’ve never seen anything like it before. [We selected] the ones that were in such a state that they needed somebody who could have them digitized in good condition.

I recall some items in your collection needing extra digital enhancements. What can you tell me about that? 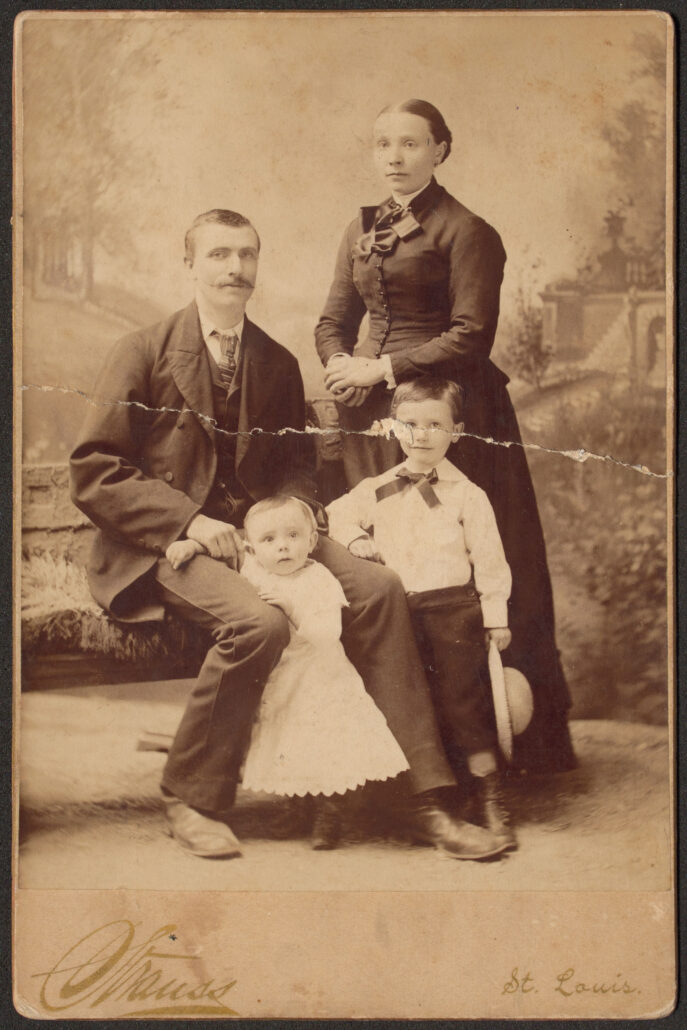 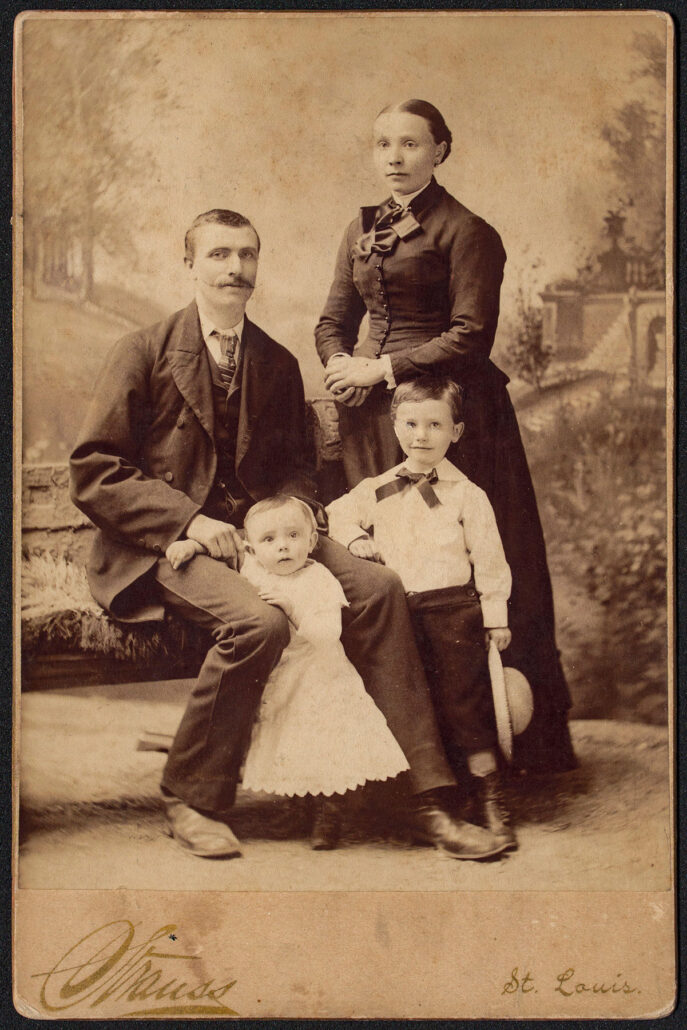 The [photo] that had a [horizontal] crease across . . . was a good example. I know that probably my sister and niece would never have been able to get it to appear like a normal photo [with] that crease in there.

The thing that I remember most vividly is the photo of your father, the group of jolly men. They looked so young and happy.

They were at a bar or dance hall, around a table. They were army buddies. In fact, we knew a couple of them; one’s daughter worked with my sister on getting Mom’s house sold. [My sister] was going to try to get her a copy of [the photo] because she might never have seen that photo of her dad.

What a neat little connection!

And then there’s one of the other men in the photo. My parents had stayed in touch with [him] over the years. We’d get together with him and his family once in a while. We’d go down there [to Springfield, Missouri], or they’d come and visit with us. [His] son, who’s my age, is still sending my mother Christmas cards, staying in touch with her at least once a year. I told my sister he would probably really enjoy getting a copy of that photo.

Have you discovered anything new about your family members now that you have the digital items?

One photo was my grandpa’s farm out at Campbellton, Missouri. I’m not sure all the siblings knew that photo existed, or even that he was from Campbellton! My brother’s a year and a half older than me, and my sisters are four and six years younger than me. Sometimes the older siblings know things that the younger ones don’t, and probably vice versa. That . . . photo was possibly a bit of a revelation to some of them.

Sometimes you grow up with an idea of something in your head, but then having an actual image of it is pretty impactful.

Do you have anything you’d like to say just about the process of digitization? I know our Digital Restoration Specialist Shana Scott sat in on a call with you.

It really felt good to see those restored photos. Yeah, the one [with the] crease looked good. The one where the color was faded, and the old farmstead in Campbellton—you could really see things more clearly. Those are kind of the ones that stand out for me. 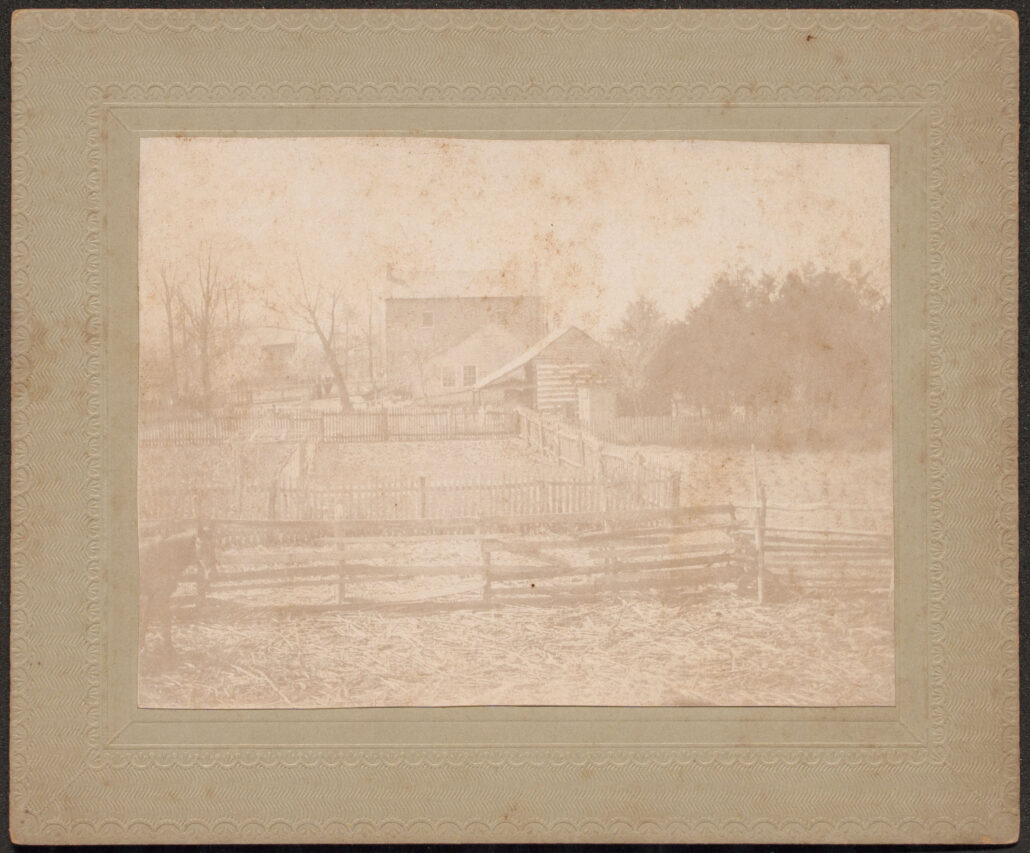 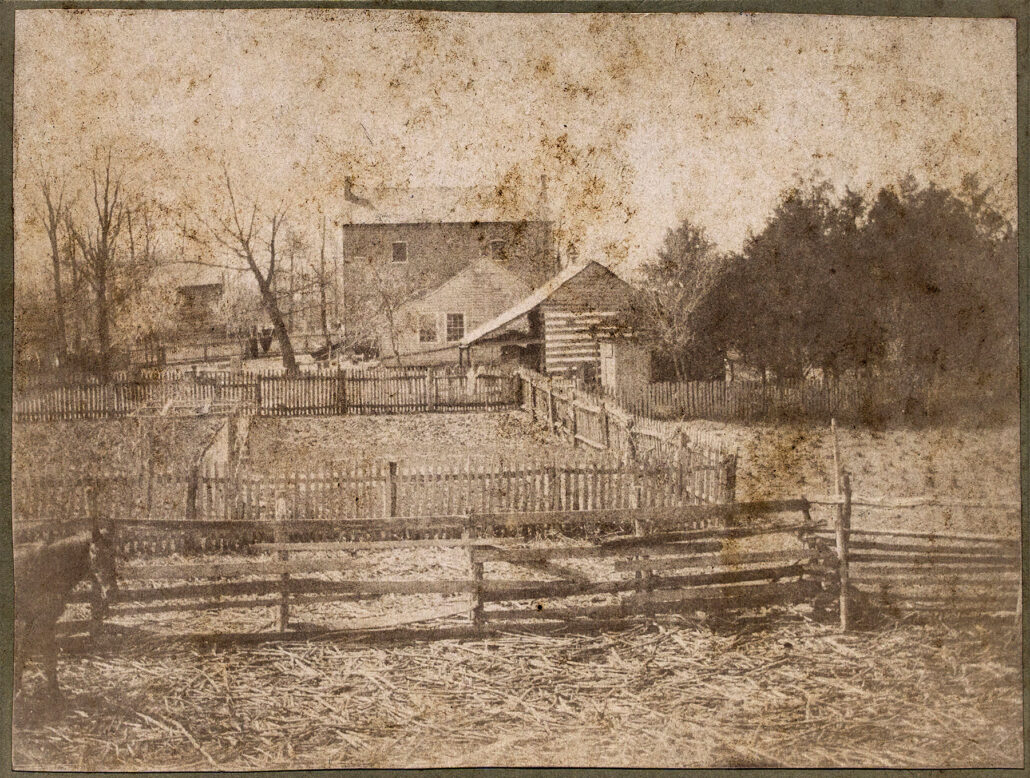 The experience of cleaning out a loved one’s home can feel daunting. Do you have anything that you’d like to pass along to anyone who’s going through what you and your family went through?

I don’t know if you’re a fan of public TV, if you ever see the show Finding Your Roots with Henry Louis Gates, Jr. It’s always so interesting that people don’t seem to be able to go back very far with much knowledge of their ancestors. I think it’s up to us [to preserve] anything that we do know about one or two generations before us, otherwise, those will be lost in a very short time too. My mom did work on family genealogy. Not everybody does that. You’d be surprised at how many interesting things that you just kind of delight in.

Have you had any other any other delightful revelations going through these items?

I’ve [also] got my grandpa’s collection of postcards and letters. I think he kept every single one he ever received. I would guess there are 500 letters and about 300 postcards from 100 years ago. People’s handwriting and the things they talked about, they’re so very interesting.

Letters are fascinating. They’re my favorite thing that comes through Anderson Archival’s door.

I haven’t gone through all the letters, but [there was something interesting] from one of the letters. Somebody was telling my grandpa “Glad you’re feeling better. Lucky you weren’t quarantined.” And I thought, oh that was the Flu of 1919!

[It’s something] that you would never think about. But with us having gone through the COVID-19 years, you can really start to imagine back 100 years ago, what they were doing and what they went through.

I just appreciate the help from Anderson [Archival] to get our photos that we wanted restored to a good quality and to [be] able to then share them with future generations.

We were happy to work with you and see your collection.

You know, every time I hear some other people’s stories on their genealogy, it’s always interesting, even though I don’t know them.

It’s interesting the little parts of people that make up a life.

Exactly! That’s like the end of the [Finding Your Roots] shows. What they always come down to is, “I sit here because of everything that happened before me.”

Family collections, along with those of museums, institutions, and even corporations, remind us of what happened before us. I’d like to thank Pat B. for her time on this interview and for trusting Anderson Archival with her family memories.

Are you ready to find a solution for sharing a collection across a large family or preserving damaged originals before they are lost? We’d love to be a part of your story.