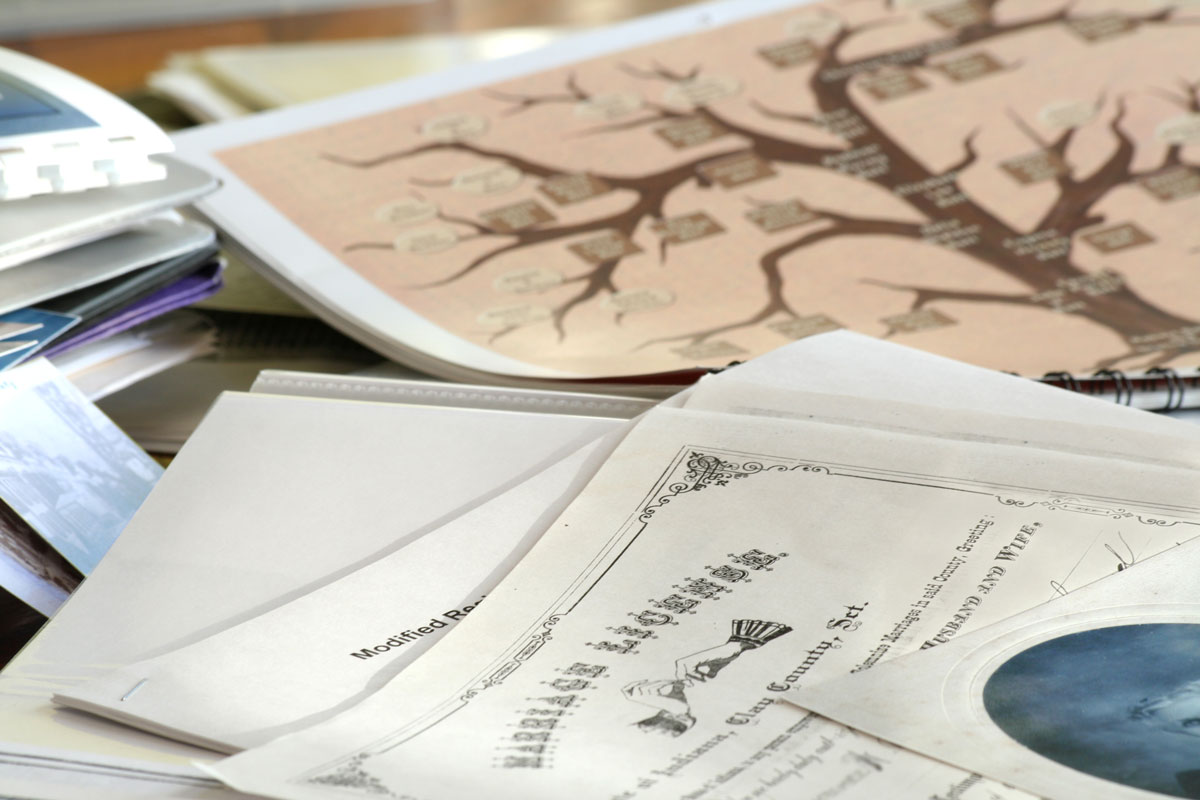 Anyone who’s dabbled in genealogy knows the frustration of trying to find information many generations back, but African Americans seeking information on their ancestors have unique problems. Those who trace their roots back to enslaved people often struggle to find any records or even names to continue their search.

Director Marybeth Niederkorn of the Cape Girardeau County Archive Center sat down with Anderson Archival again to explain what she’s doing to help those searching for records in the Cape Girardeau, Missouri, area.

Niederkorn first noticed the records in her care weren’t serving the needs of researchers when an out-of-state genealogist contacted the Archive Center for information. He’d traced his family back to slaves born in Cape Girardeau. Niederkorn explains, “Dealing with any kind of research into genealogy of people who are descended from slaves means names are a problem. If you don’t know what name the enslaved person was under at the time they were purchased or transferred or inherited, you basically have very specialized problems.”

Since Niederkorn doesn’t have any specific training in genealogy of African American ancestry, she began going through all the materials the archive has that pertained to enslaved individuals in Cape Girardeau County. She quickly realized how difficult is to cross search the records and that many records pertaining to enslaved people are incomplete.

“We had slave schedules that were drawn from census records. Census records are kind of challenging, because all they give are gender and age range for up to a certain time frame. We don’t have actual names. We just have the owner’s name and the age ranges and genders of the people who were in his household. So that’s really challenging, you have to extrapolate a lot of information from that.”

“Records are only as good as the people who kept the records, where the records were stored, and how they’ve been brought forward through the years.”

The Archives Center sources information from more than just census records, though it’s sometimes difficult to connect the dots. Thanks to the late Margaret Mates, a Cape Girardeau-area researcher, the Archive Center also has already-compiled county probate records from the 1800s.

“Margaret and her staff went through probate records . . . to find names, ages, genders of all enslaved people who were part of a deceased’s estate. And it’s not always clear if the enslaved persons were sold or inherited, so sometimes she had to just notate that as incomplete information in the record.”

In addition to the census and probate records of the time, the archive also possesses copies of valuable narratives from the 1930s Works Project Administration’s (WPA) Federal Writing Project. Under this program, the WPA sought out former slaves to record their stories and experiences. The out-of-state genealogist that had contacted the Archive Center had one of these narratives of his ancestor.

“It was actually one of his direct ancestors talking about his parents and who had owned them, who owned him, where he had lived, who his neighbors were. And that kind of information is really precious when you’re dealing with uncertainty around tracing a person,” Niederkorn said.

The problem with this wealth of useful data is that very little is indexed. This leaves both archive staff and researchers missing connections that could help them with their search.

“I think one of the terrible legacies of slavery is such an erasure of history of the black community.”

Rather than accept the inefficiencies in how they researched enslaved people, Niederkorn decided to begin a master index to help researchers track down people.

“I started indexing those narratives and . . . was able to compile an index pretty quickly, and that helps with cross checking against Margaret Mates’ information. Now, I’m working on indexing records from a mission church that was a Catholic Church established, roughly between the 1940s and the 1960s, to serve Cape Girardeau’s black population. I’m looking through all these records of Catholic churches, and I’m seeing a lot of very familiar families.”

The importance of creating this index for researchers cannot be understated. For those genealogists seeking a connection to their family’s past, every little tidbit of information is a step forward.

“For a lot of people who are starting to research their genealogy, they are looking to answer questions about their family history. I think one of the terrible legacies of slavery is such an erasure of history of the black community. I can only go back to about the mid-1800s, because all of my ancestors were immigrants from Europe, but the thing is, those records exist. They’re just in a language I can’t read. Somebody doing comparable genealogy into an African American ancestor—those records probably simply don’t exist, and that is a very difficult situation. If there’s anything that we can do to help, I want to at least explore that.”

As word of Niederkorn’s efforts spread across the regional archival community, she’s gained new sources of information, and it’s becoming easier to inform researchers that they do have information on the people they asked about. While Niederkorn knows how helpful the index is, she says the response has been enlightening for her.

“All kinds of avenues for research that are readily available for white communities are not necessarily available for black communities, and I think there is a lot of generational pain that goes with that. Any information we can find and put together in such a way that it’s accessible, . . . it’s one of those things where I don’t think I realized the impact before I started working on this. The response from the people I am able to help has been pretty surprising, but shouldn’t have been surprising to me. People are learning a little bit about their families, and they had no real expectation of being able to, and that is tremendous.”

Niederkorn recalls one memorable example of how a little bit of information can lead to important discoveries. While Niederkorn searched for information on the previous researcher’s ancestor, a newspaper article ended up shining light on his family name.

“I work closely with Sharon Sanders, the librarian from the local newspaper, the Southeast Missourian and . . . Sharon found a story about [a descendant of the requested ancestor], but who wasn’t a direct ancestor of this researcher.

“But there was a little, tiny newspaper clipping about three/four inches long, about how a gentleman had been driving on South Sprigg Street in Cape Girardeau and had hit a cow. The cow belonged to a black gentleman who lived down on the south side of Cape, and [the clipping] mentioned the cow’s owner by name and where he lived. I said, ‘Oh, this guy is probably like a three times great uncle of this researcher I’m working on,’ so I asked if I could forward that newspaper clipping to this researcher.

“What was really helpful about that is this gentleman’s first name had become a family name, and the first name happened to coincide with a name that was mentioned as being the first name of a neighbor in the slave narrative. It was a very interesting kind of, ‘Oh, the neighbor’s name became the grandson’s first name and became other people’s first name.’ This researcher had wondered what the significance of this name was and I was able to tell him. It was just a random happenstance that it made it into the newspaper at all and that Sharon found it as I was researching the family. It was a very cool moment that was able to shed a little bit of light on one of those questions that he didn’t realize he had until the answer presented itself.”

“People are learning a little bit about their families, and they had no real expectation of being able to, and that is tremendous.”

As more requests come, Niederkorn finds new sources of information that she can make more accessible through the index. Unfortunately, it’s not just poor recording on enslaved people or the black community in the area that stymies researchers. Many courthouses in the area were burned during the Civil War and some records were removed from known locations for safekeeping only to be lost.

“Records are only as good as the people who kept the records, where the records were stored, and how they’ve been brought forward through the years. We’re never going to have a perfect record of the enslaved people who were brought here, who built here, lived here, established families, and who made an incredible contribution that their names can’t necessarily be put to. I’m going to do my best to get as many names with as many actual people and stories and narratives that I can. That’s my end goal.”

Wouldn’t it be helpful to make records more accessible for research? Digitization is a solution that combats both inaccessibility and poor storage conditions. If you’re ready to work towards a digital solution for the records in your collection, let us know. We’ll provide a free consultation and estimate based on your unique collection and needs.